SleepCycles
EEG recorded with ‘IBVA Brainmachine’ and video mapped and projected onto an oversized Old Testament Bible opened at ‘Revelations’ – the final stage of installation ‘SleepCycles’ with generative soundscape made using a Sherman filter bank and Ableton, modulated and triggered by the brainwave data (looped)

June 2018:
The Cyberdelics Incubator, QRU, North Amstersdam
All the sounds are triggered by the brainwaves of the participant, in response to the flickering light, peripheral entrainment attempted of Alpha and Theta waves.

Hypnagogiasation is like a Lucid Dream. I setup an installation with Kasina wearable Light/Sound machine, Brainwave monitoring + sonification with interactive IBVA Brainmachine during a Dual Dreamachines experience in the floating chair with  and a PandoraStar Lucid Strobe light. This all packed into 2 suitcases for the flight to Holland.

This was for The Psychedelics society of The Netherlands

A collaboration with Sam Wiehl and Kode9

Manoto TV, Iranian TV show features ‘Technology is not neutral’ (play from 10.20) exhibition and my new artworks ‘Sleepcycles’ and ‘The Phrontesterion’ (play from 15:00)

EEG within Dreamachine exposure in my artwork ‘The Phrontesterion’  “I AM THAT I AM” interactive brainwave triggered signification using IBVA, Ableton and Garageband.

January 2016:
Hear how musician Arthur Brown and I exploring making brainwave controlled music since 2014, we performed a live mix in Bestival, Isle of Wight in the summer of 2015.

The Phrontesterion (Dreamachine and percipient’s EEG sonified ) was installed in The Drill Hall upstairs, where we were visited by the public who had booked an appointment for a vision, a dream and a journey. Using the IBVA software and hardware the brainwaves were visualised and later transcribed by Luciana to the subject whilst they were professionally and discretely interviewed by the assistant Ms Rose.

September 2015 :
Excerpt of Dreamachines(3) from The October Gallery in London, an afternoon experience of Flicker with EEG projections during the phenomena.

October 2014 :
Phrontesterion in Kinetica ArtFair, participants listen to their brainwaves sonified feedback to the photic stimulation of a classic Dreamachine (work in progress)

April 2014 :
Recent practice has focuses on an investigation of sleep and dream-like states, in particular the phenomenon of ‘Lucid Dreaming’ in East Sussex

March 2014 :
Interview and excerpt of performance in The Waag, NL 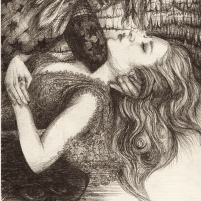 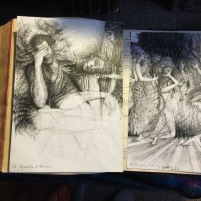 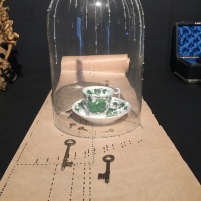 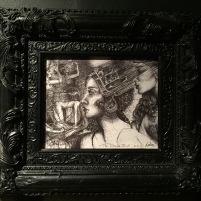 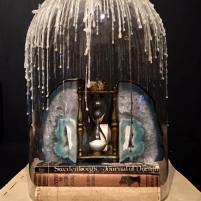